Toyota and Honda, the biggest automakers of Japan are recalling millions of vehicles over safety issues. Toyota said on 21st January it would recall 3.4 million cars because airbags may not deploy in crashes. Among them, 2.9 million vehicles are from the United States. The affected models in North America, Central America, and South America include some Corolla Matrix, Avalon, and Avalon HV lines that were produced between 2010 and 2019.

On the same day in a separate announcement, Honda said it will recall 2.7 million cars from United States (2.4) and Canada (300,000) for potentially defective airbag inflators. The automaker said some Acura produced between 1996 and 2003 might have dysfunctional Takata airbag inflators that might have produced without the “appropriate seals” needed to deploy properly.

“The Toyota vehicles are being called back because they could be equipped with a defective electronic control unit (ECU) that is meant to help protect passengers during a crash,” the company said.

The National Highway Traffic Safety Administration (NHTSA) expanded in April 12.3 million potentially defective airbags covering a number of automakers. These recalling vehicles of Toyota were also on the list.

It had identified two frontal crash events, including one fatal crash "involving Toyota products where (electrical overstress) is suspected as the likely cause" of airbags not deploying. Both involved newer Corolla cars. The airbags under investigation were installed in more than 12 million vehicles from 2010 through 2019 sold by Toyota, Fiat Chrysler Automobiles, Honda Motor Co., Hyundai Motor Co., Kia Motors Corp., and Mitsubishi, NHTSA added.

According to the Australian Government, under that recall, 34 auto brands have been affected form Ferrari to Ford. The crisis has led to fatal consequences and is linked to at least 29 deaths and hundreds of injuries around the globe. 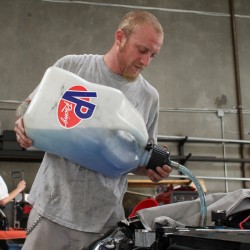 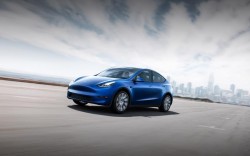 Tesla Y to come in February!