Land Rover, the luxury vehicles company had launched the new “Defender” in September 2019 at the Frankfurt Motor Show and now it has showcased its innovative connectivity technology at the Consumer Electronics Show (CES 2020). It has equipped with two embedded LTE modems and eSIMs to support connectivity features. It will receive over-the-air (OTA) updates for the software and other apps that will be installed in the background without hindering the functioning of any app.

This Defender also debuts the new Pivi Pro infotainment system which is functional anywhere in the world. Two smartphones can be connected simultaneously to the 10-inch touchscreen and the navigation system can cut voice guidance when driving through a familiar route. It has a 360-degree camera, a 12.3-inch digital instrument cluster and a head-up display that are totally new in a Defender. The new model gets 85 ECUs that can process 21,000 network messages which are quite enough to impress anyone. It is underpinned by the D7X platform and launched after completing 62,000 tests and 1.2 million kilometers of rigorous testing. 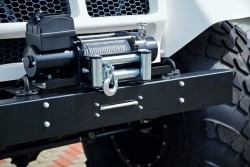 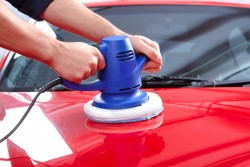