As a car owner, you must know that there are different types of filters in your car like fuel filter, transmission fluid filter, brake fluid filter. These filters work to remove any impurities and harmful contaminants to make the engine run properly.

From all these filters, the fuel filter is considered one of the most important things for the vehicle. When there are impurities and contaminants to get mixed with your engine oil and to end up in the engine's combustion chamber, it is very effective to remove them. It traps these impurities from getting into the engine.

After a period, these impurities become dominant in the filter and make it clogged. This clogged filter can't ensure the best performance of the engine. When it happens, we need to change the fuel filter as early as possible. But do you know the signs of a clogged fuel filter? If not, and want to know the symptoms of bad fuel filter, then you are in the right place. Today, I am going to tell you everything about a bad fuel filter.

A Clear idea about a fuel filter

Before knowing the sign of a faulty fuel filter, you should have a clear idea about the filter, and how it works for your vehicle. Basically, it is a filter that removes impurities and other harmful contaminants that are found with the fuel. When the fuel is delivered from the fuel tank to the engine, it is getting mixed with air and other impurities. Then the filter traps them to end up in the engine's fuel injectors or combustion chamber.

When there is anything larger than the fuel is trying to enter into the engine, the filter traps it immediately. That's why it becomes clogged after a period. When it happens, the amount of fuel that was passing through the filter to the engine can be reduced. And the engine can't provide its regular performance.

We have told you earlier that a fuel filter is one of the most necessary things in the vehicle. So, if there is anything wrong with it, there will be a big difference in the performance of the vehicle. And you will be able to understand it by some symptoms that are given below.

It is a very common experience for a car owner that his car engine doesn't start. Sometimes it can happen for lack of fuel, a problematic alternator, a dead battery, or faulty spark plugs. But when his fuel gauge says it has a full tank of gas, the battery is not dead, there is no problem with the alternator, and the spark plugs are okay then it can happen because of a clogged fuel filter.

The engine needs fuel to run itself. But a clogged fuel filter restricts the regular flow of fuel, or at least make it inconsistent. When the engine doesn't get the proper amount of fuel, it can cause the vehicle to experience hard starting. If you don't change the fuel filter for a long time, it may happen.

In these times, the engine demands more fuel. But as there is a problem with the fuel filter, it can't supply an adequate amount of fuel to fulfill the demand. That's why you can see a notable drop in engine power.

This incident can happen with you if you need to go uphill with a clogged fuel filter. Because it needs more fuel to run the engine. Sometimes you can also face this situation with a heavier load over in a terrain. 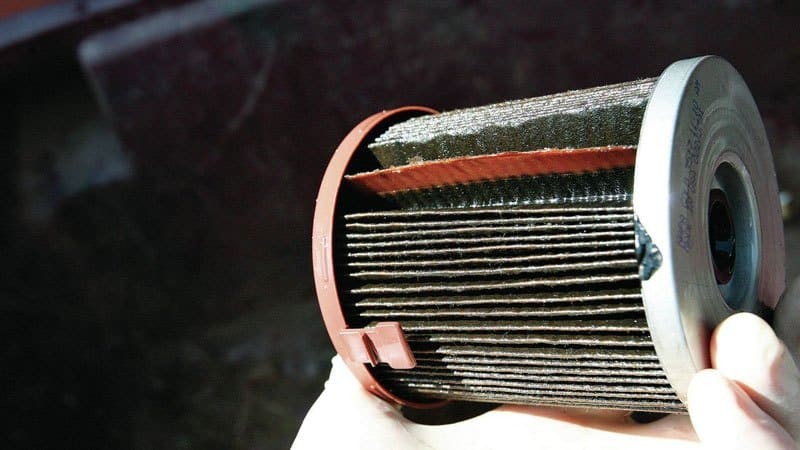 You must know that a fuel filter has not made to use for the lifetime of your car. It has a limited lifespan. According to the experts, a fuel filter should be changed after 2 years or 30000 miles.

In this article, I have tried to tell you every possible symptom about bad fuel filter. If you experience these kinds of symptoms in your car, you should change the fuel filter as early as possible for the betterment of your car.

Reduced engine power II Everything you want to know 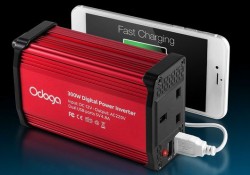