Lithium vs Hydrogen vs Solid State Battery of Electric Vehicle

While most consumers would probably like to make the switch to electric vehicles as soon as possible. There still remains several uncertainties stopping consumers from going all electric. Currently electric vehicles have a limited range of only three to four hundred miles and they take much longer to charge than it would otherwise take to fill your car tank with gasoline. Once ranges can be extended and charging time significantly speed up, only then will they be considered more practical. The important question is how far away are we from fixing these issues. In this article, we'll be taking a look at different battery technologies. Currently, in development how close they are to being implemented and the potential challenges each has that must be overcome before we start.

Let's get into in lithium batteries. Unsurprisingly lithium-ion is the most common type of batteries used in electric vehicles today they are essentially scaled-up versions of the batteries found in consumer electronics. Instead of using a single unit like the one in your smartphone battery packs and electric vehicles are made of thousands of lithium-ion cells which give them a much greater capacity to provide enough energy to operate a large vehicle. These types of batteries have a much higher energy density than traditional lead acid or nickel cadmium ones and are not only able to hold a larger charge, but have a longer life span too. While you may be familiar with lithium as being the lightest of all metals. Lithium ion batteries don't actually contain any metal and instead contain lithium ions which can be manipulated to either store or release the charge within the battery unit. 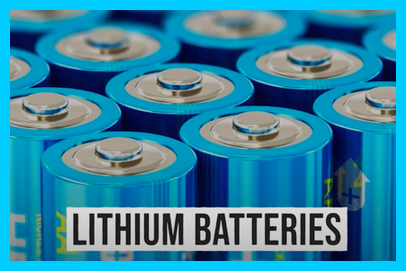 There's a positive electrode which is normally made from a lithium compound a negative electrode made from graphite and a liquid electrolyte material that fills. The rest when an electrical charge is added to the battery the lithium ions move from the positive electrode to the negative one and when energy is released from the battery they move in the opposite direction cons of lithium batteries. There are however some problems in using a battery of this design. The most dangerous of which is the risk of them overheating exploding or even catching fire under certain circumstances. Electric vehicle manufacturers have had to invest heavily in developing features to reduce these dangers making them safe for use on the roads. Like the inclusion of cooling mechanisms to regulate the battery's temperature. But because they contain liquid elements that undergo frequent temperature changes during normal operation. It will always be an ever-present risk another issue lithium batteries present is their usable life in phones. For example, you only expect the battery to continue functioning for a year or two before its maximum charge cycles have been met and this only becomes a bigger problem when you make larger versions.

Currently, most electric car manufacturers offer a guarantee that the battery will continue to work effectively for a minimum of eight years and even though current estimates suggest that they should last between 10 and 20 years. They will at some point need to be replaced for a new one this has implications for the resale value of the vehicle as it ages. But there are even bigger concerns for the waste this will produce after trying to improve the situation for the environment by using an electric vehicle in the first place. The last thing you want to do is create batteries that will eventually end up in a landfill.

The main usability problem with lithium batteries is that they will always have a fairly limited range and there's very little that can be done to increase the speed at which they can be charged. While they're certainly suited to short distance journeys those who drive more than a few hundred miles at a time will be faced with extended charge times of up to an hour in some cases and that's a hard cell when traditional combustion engine vehicles only take a few minutes to refuel. There are however two other promising types of battery technologies that will eventually pass lithium-ion for vehicles of the future.

Hydrogen fuel cells you may have seen that there are already hydrogen-powered cars available like the Toyota Mirai and while they aren't yet as prevalent as lithium power. They offer several advantages that mean they will likely become a viable alternative once enough infrastructure is available to operate them from a user's perspective. They work in comparison to gas powered cars and this is one of the greatest advantages they have. The vehicle's tank is filled with liquid hydrogen which is fed into a fuel cell along with oxygen. The reaction that takes place within the cell converts the chemical energy contained within the hydrogen to mechanical energy to operate the car and the only waste product created in the process is water vapour with the ability to refill a tank in just a matter of minutes and with a far greater range than lithium vehicles can offer in a single charge. There are several obvious benefits of using a hydrogen-powered car as opposed to a true battery-powered one there are however a number of disadvantages too. 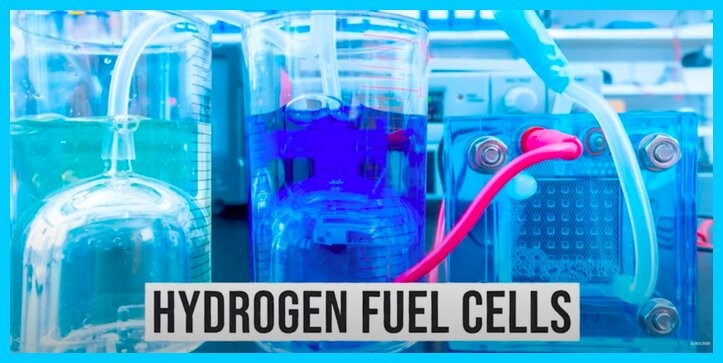 This means not everyone is convinced this is a feasible technology for mass adoption and various improvements will need to be made. Before large scale use is possible cons of hydrogen fuel cells, the first is simply the cost of building hydrogen fuel cells in the first place and of installing the needed infrastructure gas stations for example will need to offer pumps that dispense hydrogen fuel which will require a huge investment upfront what's a particular concern is whether hydrogen-fueled cars actually have the energy credentials that consumers will expect from having an electric vehicle they use. For example, an estimated three times as much energy to operate as lithium cars do for each mile drove energy that must come from somewhere and the production of liquid hydrogen is somewhat controversial.

It's an element that doesn't exist in its liquid form in nature. So it must be manufactured and more than 95 percent of the hydrogen that's created is done. So from natural gas, this means that the production of the fuel releases just as much greenhouse gases and potentially even more than a traditional combustion engine. So the technology is essentially moving the problem from one place to another. There are other ways to produce hydrogen such as the electrolysis of water. But this is currently so cost intensive that it's nowhere near being realistic for everyday use as fuel for a vehicle to make it worthwhile demand for hydrogen would have to significantly increase. so there's an element of a gamble involved in this technology that it will become so widespread that zero emission hydrogen actually becomes available solid state batteries.

Probably the most exciting development for electric vehicles is the solid state battery which while not ready for mass adoption yet will be a complete game changer. When it is Samsung is currently leading the way of this technology and by reinventing how a battery is made. The company's engineers believe the range of an electric car can be doubled in comparison to what it currently is before needing to recharge a solid state. Batteries have actually been in use for a long time in small devices such as pacemakers and RFID tags. But currently, it's impossible to recharge them. What's new is that they've designed a way that allows the movement of the ions within the battery to be reversed which is what's needed to add an extra charge to them. The way they've done this is by changing the electrolyte that's used inside the battery in lithium-ion batteries the electrolyte is a liquid. While in a solid-state battery the electrolyte is solid. This means that the battery itself will be just half the size. So twice as many can be installed in the battery space that's reserved in electric vehicle designs. 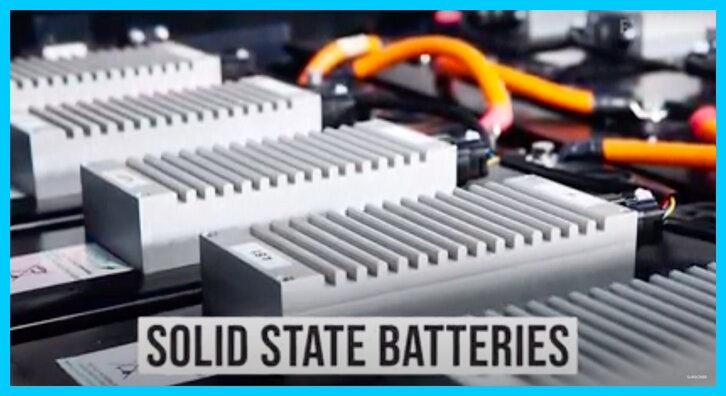 For the most efficient vehicles, this could mean a range of up to 600 miles or more on a single charge. Which makes most trips viable without having to schedule an hour to recharge midway. In further advantage researchers at Samsung also claim these batteries will have a longer usage life than the alternative. They expect them to be able to be recharged more than a thousand times before needing to be replaced which gives each vehicle an operating life. If more than half a million miles before significant maintenance is required not only do they take up less space. But they're also far more stable and they don't need the same level of calling that lithium ions require to keep them safe. Without the need for the extra cooling surrounding them solid state batteries weigh significantly less which offers better performance and efficiency. Solid-state batteries are also safer because they don't contain any liquid parts so even if they're punctured in a crash there isn't the same level of risk of being further injured from their contents.

Some of the larger vehicle manufacturers have said that they see solar state batteries as being the future of electric vehicle technology and they will be what truly spurs on mass adoption within the industry they aren't quite ready to be incorporated into designs on a mass scale and probably won't be for a number of years. Yet researchers are still trying to find the perfect atomic and chemical compositions for the solid electrolyte that can deliver enough power for the reliable operation of a vehicle and the ones that do work are still far too expensive to produce at mass scale for commercial use. The most likely outcome is that solid state batteries will first enter the luxury end of the market on vehicles that cost upwards of a hundred thousand dollars and once they've been proven to be effective and desirable costs will eventually fall and become attainable within the price ranges of most consumers with such impressive battery technologies. On the horizon the future of the automotive industry is undoubtedly electric have you gotten an electric vehicle yourself yet and if not what's stopping you from making the transition. 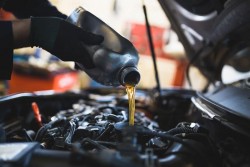 Key stuck in ignition II Everything you want to know