Tesla Y to come in February!

It is not sure in which date Tesla Y will be available in the market but there is an indication that it can be hit the U.S. market in February. This news is not surprising to us since many reports have pointed to the Model Y having the potential to be Tesla and CEO Elon Musk’s first “ahead of schedule” offering. Clearly, the company may be enjoying the ability to more easily push the envelope now and into the future due to its record deliveries, massive stock uptake, huge successes in China, and proof of recent profits.

On 18th January, someone on Twitter said, “CONFIRMED by a Tesla employee. Model Y first delivers happening in 2 weeks.” Actually, this is just someone’s tweet and there is really no evidence to back it up and it makes sense if you can talk to a Tesla employee.

But on the same day, ‘EV Bite’ gave us a new information on the Model Y that the information on Model Y comes from quote, an unnamed and previously reliable source at Tesla. According to this source, the model wide deliveries are going to begin in March and that they are already producing the car so that they have kind of a backlog of inventory for when deliveries start so they can avoid some of the issues they had with the model 3. So, more than likely February is going to see the first deliveries to employees and then March is going to see the first deliveries of the Model Y to the actual customers.

So, only time will tell when the Model Y officially makes its entrance, as well as how many orders are already in the books, how many all-electric crossovers the company can produce in a limited timeframe, and whether or not Tesla can continue to show a profit based on the current situation.

Reduced engine power II Everything you want to know 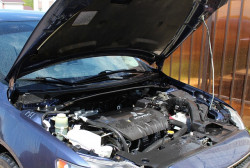 How often should you wash your car engine? 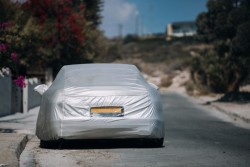