The U.S. plant located in Spartanburg, South Carolina is the largest plant of the German carmaker, BMW. This plant in its 25th year of production has ended last year on a roll with a record output of 411,620 vehicles. It was a great year for the company in the United States as it became the #1 luxury car brand, beating arch-rivals Mercedes-Benz and Audi.

The South Carolina plant has topped the 400,000 mark for the third time that proves it will remain the largest plant by volume in the BMW’s global production network. Since 2017, it has launched five BMW X models, four X models, and two electrified vehicles. X5 is the most produced model here with 161,096 units, followed by X3, with 115,088 units. Its largest SUV to date, the X7, accounted for 52,619 units in its first year of production in this plant.

President and CEO of BMW Manufacturing Knudt Flor said, “The past three years have been among the most challenging in the history of Plant Spartanburg. I’m proud of the commitment by our team of dedicated associated to deliver premium quality vehicles for our customers. Our plant’s model portfolio is fresh and popular around the world.”

This plant starts its journey in 1994 and it has produced more than 4.8 million BMWs in the U.S. The company has already invested more than $110.6 billion USD in the plant. The plant currently produces more than 1,500 vehicles each day. The company exports about 70% of its production volume around 125 markets worldwide and China is by far the biggest export market for the U.S. factory. 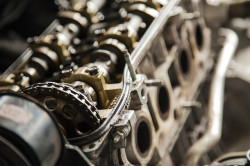 How do you clean a greasy engine?

10 Irrefutable Ways To Save Money For Your Auto Insurance