Nowadays, the most spoken word in the world is Coronavirus (COVID-19). It has changed the lifestyle of the common people of the world. It was first identified in China but now it is the threat of the whole world. We get up from bed and start our day with the last update of corona and do the same thing when we go to bed to sleep. It has affected every common aspect of our life, and now corona affects the auto industry also. To be protective against corona; BMW, Toyota, and Honda have come to a decision that they would temporarily shut down their UK factories.

BMW operates a Mini factory near Oxford and plants in Swindon and Hams Hall and makes Rolls Royce cars at Goodwood. There are about 8,000 staff of this car giant. It said in a statement, "Due to the rapidly evolving coronavirus pandemic we have taken the difficult decision to cease production at our production sites at Oxford and Swindon as a Money next week (23 March) for a period of four weeks until 17 April. The plans for Hams Hall are under development and a subsequent announcement will be made."

The workers of the plants would be paid during this period but expected to take the time off either as a holiday, accrued over time or as negative over time, which they will pay back at a later date.

Toyota has already suspended production at its European plants, including its factory at Burnaston in Derbyshire and its engine facility in Deeside. It does not notify when it will continue its production again. The company has decided to pay the employees for at least two weeks where there are about 3,000 employees. In North America, the firm is closing manufacturing facilities to two days from 23-24 March and probably re-open on 25 March.

The firm said in a statement, "This action is being taken to help ensure the health and safety of our employees, and due to an anticipated decline in market demand related to the economic impact of the COVID-19 pandemic. As the impact of the situation evolves, we will continue to evaluate conditions."

Honda has also suspended its production because of this epidemic. It closed on last Thursday and it will continue at least till April 6. On Wednesday, it said in a statement, "Honda has today informed Associates and suppliers that production operations at Honda of the UK Manufacturing, in Swindon, UK, will be temporarily suspended due to the impact of the Coronavirus pandemic. Production will be suspended from the end of today's late shift. These steps have been taken in light of increasing difficulties with supply chains and considering the wellbeing of Honda Associates."

"The current intention is to restart production on 6th April however, this will be dependent upon advice from government and health authorities and market and supply conditions," it added.

Other Companies including Nissan, Jaguar Land Rover, and Ford

It's not new for the car companies. Two days earlier Nissan and Vauxhall declared to close some plants, and Jaguar Land Rover is expected to halt production in the coming days. Nissan said in a statement, "It is not clear how long the halt in production will last, but for the moment staff will continue to be paid. Vehicle production has been suspended today in Nissan Sunderland plant. Further measures are currently under study as we assess supply chain disruption and the sudden drop in the market demand caused by the Covid-19 emergency."

In another statement, the PSA group said plants at Ellesmere Port and Luton will close this week and will remain shut down until at least 27 March. Ford and General Motors are also confirmed to shut down the factories in the US, Canada, and Mexico until the end of the month because of the virus, as they clean surfaces and adjust procedures to reduce the risk of spreading the virus. Ford took the decision when it knew one of its employees get affected this epidemic in Michigan.

Jaguar Land Rover is not the same. It said in a statement that it planned to continue production in the UK until at least the end of this week. "We will continue to closely monitor and review the situation as it evolves," it added. A spokesman for the firm said the health of its workforce was its primary concern. 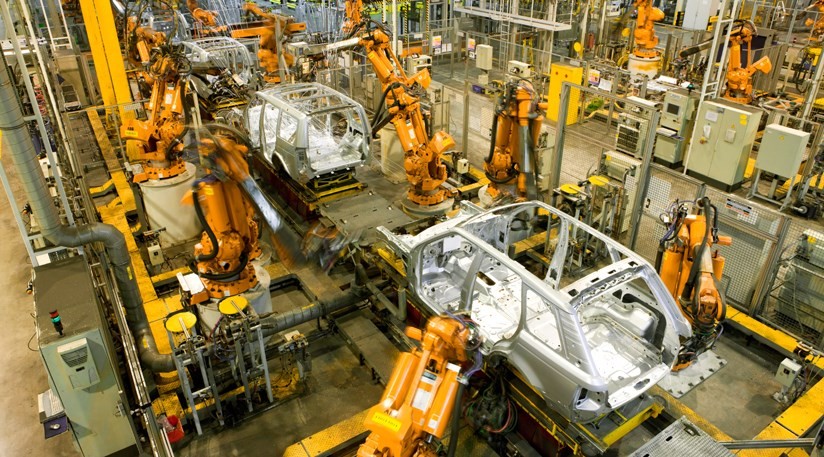 Ferrari, Fiat Chrysler, Renault, Volkswagen, are going to shut off their production. One thing is they are concern about Coronavirus, and another is they are struggling to get the essential parts they need due to travel restrictions across the continent, as well as facing a drop-off in sales as people limit all but essential social contact. On the other hand, the industry is facing a slowdown linked to Brexit and tougher emissions rules.

The car companies are in a great crisis because car sales have been badly hit. Because of the coronavirus, the people can't leave their homes, and that's why the can't buy cars, even if the dealerships remain open. The virus had a bad impact in Italy, Spain, and France, and now it is in the UK because a large number of cars are made here that are exported to Europe.

Now, the whole world is concern about coronavirus that was first identified in the city of Wuhan, China. About 3,250 people have already died there and it has spread to the whole world. Now, Italy is in the most critical situation where the number of death has already crossed 4 thousand. When I am writing this article, the number of affected people, in this case, is 277,324, the total death is 11,554. More than 170 countries are in this threat.

How to Finance a Car and Get a Car Loan