How is Electric Vehicle Battery Made?

Electric vehicle batteries are found beneath the interior carriage and they use a pack consisting of thousands of individual lithium-ion cells working together. There's no lithium metal in electric vehicle batteries only ions, atoms or molecules with an electric charge. Lithium-ion batteries which are the most common battery types used in electric vehicles contain certain elements such as carbon or graphite and a metal oxide and lithium salt. These components make up positive and negative electrodes. Electrolyte to produce an electric current. That powers the battery which in turn powers the electric motors and generates propulsion. The smallest but most important component of lithium-ion batteries that power electric vehicles are the electrochemical cell. Which consists of three major parts. A cathode, the positive electrode and an anode. The negative electrode is separated physically but connected electrically by an electrolyte. The negative electrolyte is typically made of graphite. Here the electrolyte typically consists of organic carbonate solvents. With dissolved lithium salts. The materials for making electric vehicles don't require strip mining or destroying mountain tops as many other mineral resources. Lithium is most often found in underground ponds. The liquid is pumped out of these ponds and allowed to dry in the sun. The maximum of lithium used everywhere for electric car batteries whose comes from South America. Specifically in the Andes mountains and run through Chile, Argentina, and Bolivia.

Adjustments of battery in different weather:

There's also deposits in china and the u.s which are mined from rock. The lithium components are made into lithium carbonate. Then processed at a battery plant the manufacturing plant then assembles the batteries. Battery packs are the final stage of electric vehicle battery production. These battery packs consist of battery designs, electrical connections, and cooling equipment. Many manufacturers can assemble these by hand or by using automated equipment based on the recent estimates about 14 percent of the total cost of a finished lithium-ion battery. This pack comes from the packing stage of production. Battery manufacturers design electric vehicle battery packs for selected vehicle models and tend to assemble them.

Climate based usages and works:

The battery packs are then placed in electric vehicles. Which produces zero emissions since there's nothing but electricity coming out of the batteries. The thousands of gently topped up cells inside an electric vehicle battery. This means that each battery pack is expected to retain its charging-discharging capacity from 100,000 to 200,000 miles if you overcharge or drain the battery much or you stay in a warmer climate. So once an electric vehicle loses its capacity to power a vehicle. It's removed and can be used for other purposes. The time that batteries spend in an electric vehicle is often just the beginning of their useful life. Once removed from a vehicle most batteries will still be fit for other demanding jobs like energy storage in the electricity network.

How can you differentiate from other batteries?

A growing area of demand. These batteries can be used to power a home or building by contributing to a battery storage system. A battery energy storage system can stores energy from batteries that are used at a later time. If you make power your home with reusable energy such as wind or solar. You can also pair it with an electric vehicle battery. You can store it up to use throughout the night when wind and sunlight are reduced. Even during the day alongside solar or wind energy. This method of generating energy can help save on bills and reduce the amount of energy used from the grid.

This is how calculating the capability of EV batteries:

The entertainment centre and home to Ajax football club. Volkswagen is also doing the same but the automaker is more focused on recycling batteries. Toyota also has plans to install retired electric vehicle batteries outside convenience stores in Japan in the nearest future. These batteries will be used to store power generated using solar panels. Food heaters and fresh food receivers inside stores. Renault also has announced that the electric batteries from the Renault Zoe electric vehicle.

The disadvantage of used batteries and their solutions:

When electric vehicle batteries reach the end of their working life they'll be recycled. As electric vehicles take pole position on the roads reducing greenhouse gas emissions and noise pollution compared to vehicles powered by fossil fuels. The race is on to find even better recycling methods to unlock their full green potential. As it is economically or environmentally safe for electric vehicle batteries to be dumped in landfills. With the rapidly growing electric vehicle market. This could lead to a bigger problem. Conventional lead-acid batteries used in gas guzzlers are widely recycled. Although this isn't as of now the same for the lithium-ion version shows in electric cars. EV batteries are larger and heavier than regular cars and are made up of several hundred individual lithium-ion cells. All of which need dismantling. Here they contain hazardous materials and have an inconvenient tendency to blow if disassembled not right. Disassembling or recycling typically involves separating valuable materials such as cobalt. Lithium salt, stainless steel, coppers, aluminium and plastic. At the moment only about half of the materials in electric vehicle battery packs are recycled. The exception that electric vehicles will undergo an explosion in popularity over the next decade. Automakers are looking to improve this. Tesla takes apart old lithium-ion batteries using its cars and recycles the cooling fluid, wires, and electronics, in the batteries. Here in this process, batteries will be cut dried then sieved. To recover valuable materials that can be helpful and used to make new batteries.

After using it battery to generate a home energy battery storage system. Renault is also recycling its electric car batteries. Although as things stand that only amounts to a couple of hundred years and it does this through a consortium with the french waste management company. Veolia and Belgian chemical firm Solvay. The recycling of batteries has also received attention from scientific bodies. Such as faraday institutions. Whose reliable project aims to optimize the recycling of electric vehicle batteries. Make it as streamlined as possible and soon thanks to the growth of the electric car industry. Lithium-ion battery recycling facilities will be sprouting up to give batteries new life. Repurposing electric vehicle batteries could create a closed-loop system for recycling. 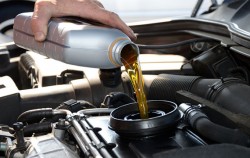 Why changing oil is important?