Volkswagen 8th Generation Golf GTI is going to make its debut in the Geneva Motor Show which will be held in March in the running year, the automaker’s invitation for the event to the motoring press says.

Autocar reports the GTD will also premiere there and the latest Golf R will unveil at the Goodwood Festival of Speed in July. It claims the GTI will come with an updated version of the existing model’s 2.0-liter turbocharged four-cylinder engine that would make 242 horsepower (181 kilowatts) in standard trim and 287 hp (214 kW) for a more powerful trim. There is also a six-speed manual and seven-speed dual-clutch gearbox available.

Folks who would prefer a diesel engine can opt for the GTD. According to reports, it would make 197 hp (147 kW) from a 2,0-liter turbocharged engine powering the front wheels. It features the GTI to select between a manual or dual-clutch gearbox.

According to some sources, it is expecting that VW would only offer the GTI and Golf R in the United States. The debut in Geneva would give VW plenty of time to bring the hot hatch into America before the end of the year. 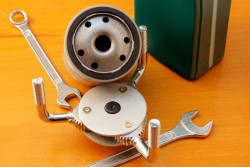 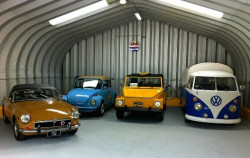